The East Course is a championship layout that has hosted seven South African Open Championships, the SA Amateur and numerous other Tour and amateur events. The Joburg Open a co-sanctioned event between the European and Sunshine tours is played at Royal, primarily on the East Course, every January since the inaugural event in 2007.

The West course was the site of the Johannesburg Golf Club when it first moved to the current premises in 1909. Over the years it has been upgraded and its major revamping was in 1999. The West Course, shorter in comparison to the East Course, is a fine example of how two layouts in close proximity can still create quite different, but vastly enjoyable golfing experiences. While its beautiful sweeping fairways and generous sized greens inspire joy and confidence, the player who strays from them will quickly find trees, water or other frustration in uncompromising abundance. Players of every level will find much to delight in and many reasons to return to Royal West. 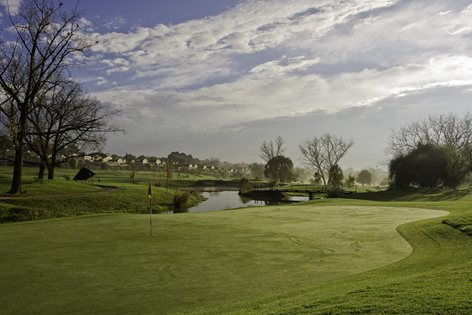